Deciding our next road trip destination is always a task. This time we made it simple by eliminating Goa from the list 😉

With just a week in hand, we headed to Udaipur to soak in the grandeur of the Mewar dynasty. A historically and culturally rich capital of the Mewar Kingdom, Udaipur is named after Maharana Udai Singh who founded this city.

A known photographers paradise, here are a few glimpses of the city I fell in love with.

Lake Fateh Sagar (left) and Lake Pichola from Sajjangarh. Popularly known as the Monsoon Palace, it offers a panoramic view of the entire city.

The super narrow lanes of old city, coupled with advertisements catering to tourists. 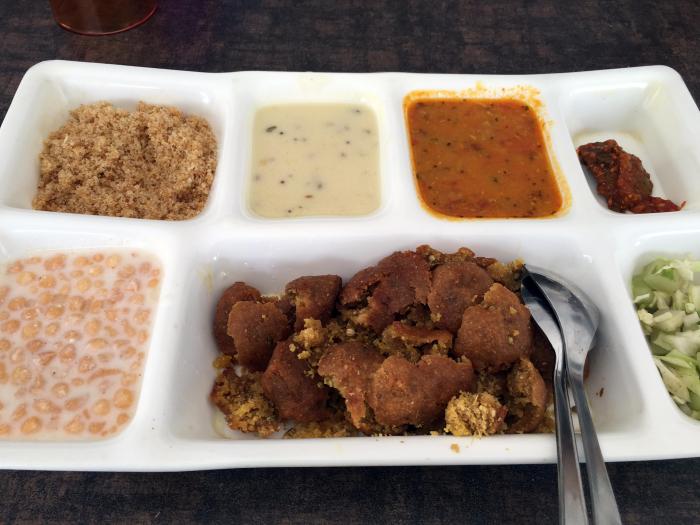 Finally got to taste authentic Dal Bati. And it is yum! 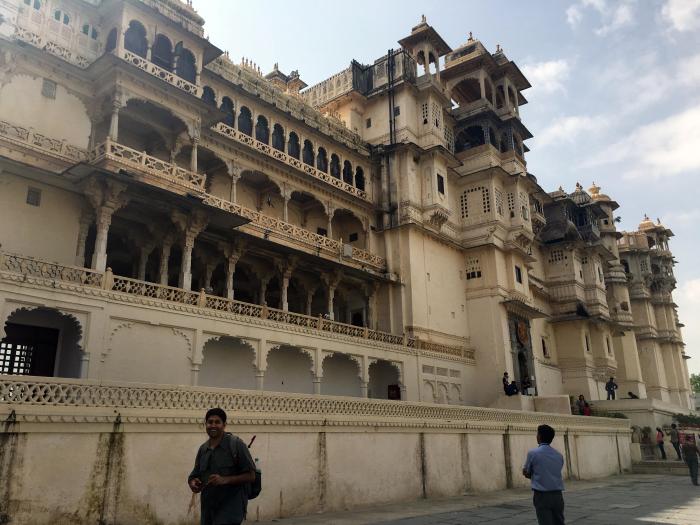 The majestic City Palace, former residence of the Royal family.

The city beyond the walls of the Palace.

Women dressed in sari carry the Kalash (pot) to Jagannath Temple as a part of Rath Yatra.

The crowded old city as seen from Lake Pichola

The City Palace serves as a majestic backdrop to the Lake Palace (in white). Originally built as a summer palace for the Maharana, the Lake Palace is now a 5 star luxury hotel managed by the Taj Group of Hotels.

Lake Pichola and the lit up City Palace from the top of Karni Mata Temple. People flock to the Machala hill to enjoy the sunset over the lake. 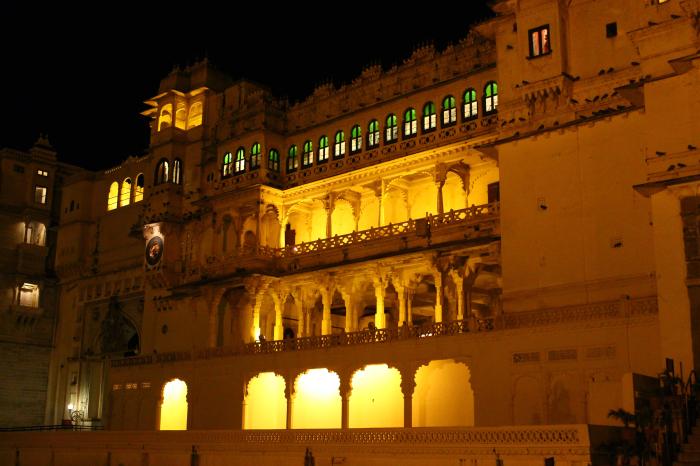 The City Palace conducts a ‘Sound and Light Show’ in the evening reliving the history of the Mewar kingdom.

The entry inside the Palace

The main entrance gate of the City Palace.

-All pictures are clicked by me.