The second quarter of the financial year 2019-20 has seen a lot of upheaval in the automotive sector in India. The car sales across segments have dwindled and the market analysts are filling magazine and newspaper columns with articles on the slow-down in the auto sector. However, the well-documented analysis has failed to dampen the spirits among the auto lovers in India.

Japanese carmaker Datsun has gone ahead with their ambitious plan for the Indian customer, with auto-transmission upgrades to their GO and GO+ models, which were launched in 2018.

The new Datsun GO and GO+ models continue to be powered by a 1.2-litre three-cylinder petrol engine. However, instead of churning out 67bhp and 104Nm of peak torque, there’s a hike in power of 9bhp. Apart from the five-speed manual gearbox as standard, the new T and T(O) variants will be available in an optional CVT transmission. 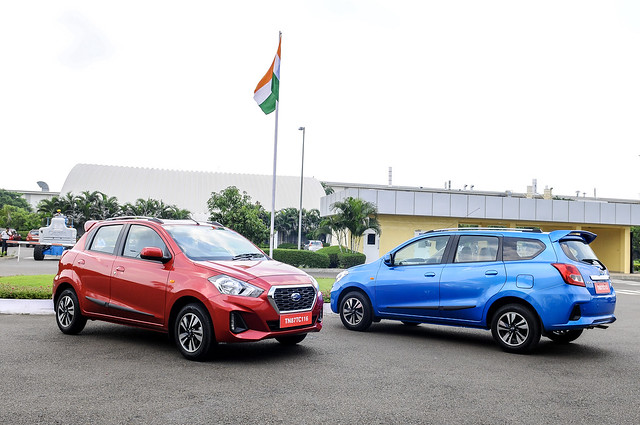 GO and GO+ interior
The cabin and the feature list remain unchanged from the previous versions of the GO and GO+. But while the GO+ gets a mix of beige and black interiors, the GO gets an all-black cabin. The 7-inch infotainment system too comes with Apple Carplay, Android Auto, and there are cubby holes all around. The cabin is spacious and yes, all those sceptical of the plastic quality used, well, this is a big improvement over the pre-facelift version. 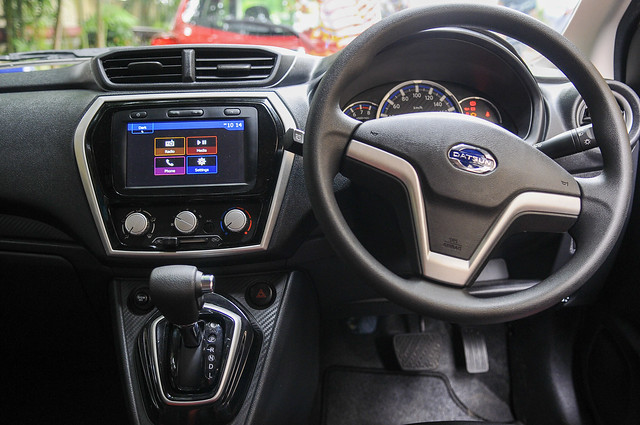 The volume control and voice commands with the infotainment system make it convenient to operate when we are on the go. We do, however, feel Datsun could have used this opportunity to add a few more basic features, like a rear defogger and a front passenger grab handle.

Handling
The Datsun GO CVT is powerful enough as a whole for an all-rounder that dwells mostly in the city. The steering, handling, braking and the suspension are all tuned for composed and comfortable driving, making this car well suited for office commuters, elders and anyone living in an urban jungle looking to settle long term with small car. Especially, because the car is already equipped with almost all the contemporary features and a style that wouldn’t quickly go out of fashion. 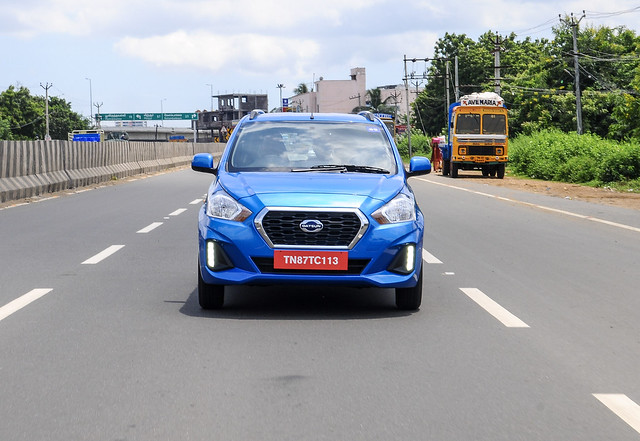 The CVT effect
In a segment that has seen a big rise in the sales of automatic cars, the Automatic Manual Transmission (AMT) is the dominant transmission used in the entry-level hatchback. Datsun India too wanted to cash in on this very trend and that’s why for the first time in this segment, you’ll see the introduction of a CVT.

Yes, both the GO and GO+ will come with a CVT and there’ll be a premium attached to the price too because it will only be available in the top two variants — T and T (O).

The gearshifts are silent and seamless even and it’s great fun to drive in and around the city. But when you’re overtaking and you want more power at your disposal it doesn’t give you that punch of enthusiasm to push it any further than you already have. Datsun gets a Sports mode too and at the push of the button you expect it to change the way it drives but it’s just that the lag gets minimised, and the engine revs right up to 5000 rpm. 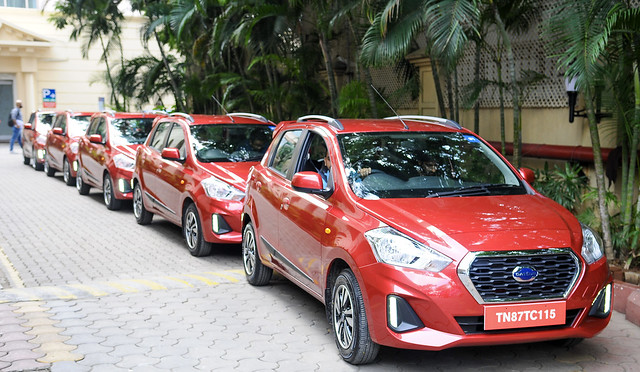 Our verdict
The Datsun GO+ was always a good car. With new features and a slight increase in asking price, it’s making an even more appealing case for itself in the segment. Light and nimble in the city, peppy and efficient engine, new safety features make it more compelling with great ride quality.