Sassoon Docks is one of the oldest docks and fish market in the island city of Mumbai. Constructed in the year 1875, every day tonnes of fresh catch from the Arabian sea is brought and put up for sale at this historic dock.

By the time, the seafood reaches our homes, the freshness is lost and all we get in the market is stale, frozen fish. A regular fish eater would know the difference in taste.

MoMo Cafe, Courtyard by Marriott, Pune, Hinjewadi, has organised a ‘From Sassoon Dock To MoMo Cafe’ festival where the fresh catch is directly brought and served at the hotel. As you enter MoMo Cafe, you will be transported to the Dock with the lively decor. Specially made fishermen baskets carry a plethora of fish variety. A small fishing boat is adorned with a fishing net, an ode to the fishing community. 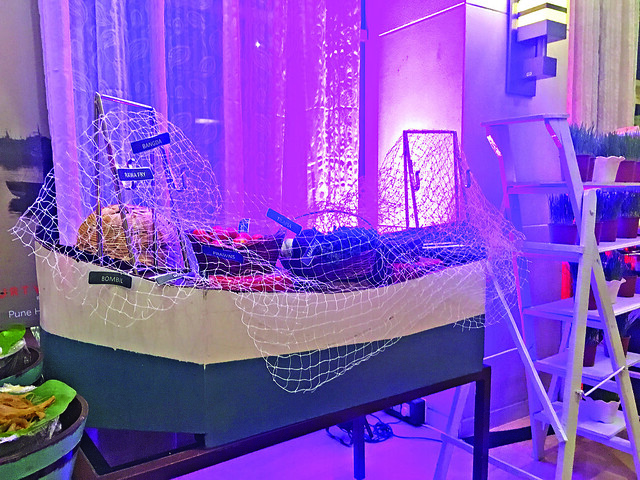 Executive chef Rounak Kinger said, “As the temperature of the water is not too cold, this is the best season to get seafood.” Emphasising on ‘Responsible Seafood’ as their theme and need of the hour, Kinger explained that worldwide, Marriott hotels have stopped using over-fished, rare and on-the-path-to-extinction seafood in their menu. “There is a list of around 50-55 varieties of fish,” says used in the menu in Marriott anywhere across the world.”

Taking a tour of the festival, I was highly intrigued by their live counter. There were a variety of fish on display (all sourced locally around Mumbai) including Silver Fish (Mandeli), Calamari, Mackerel, Pomfret, Bombay Duck, Tilapia and Surmai, among others. Just beside them, there were marinades and accompaniments, Indian as well as international, right from Ghati masala to Teriyaki, Cajun Spice and everything in between. All one had to do was choose the fish, the marination, and the cooking method (shallow fried or deep fried). The chef will prepare your choice right in front of you! 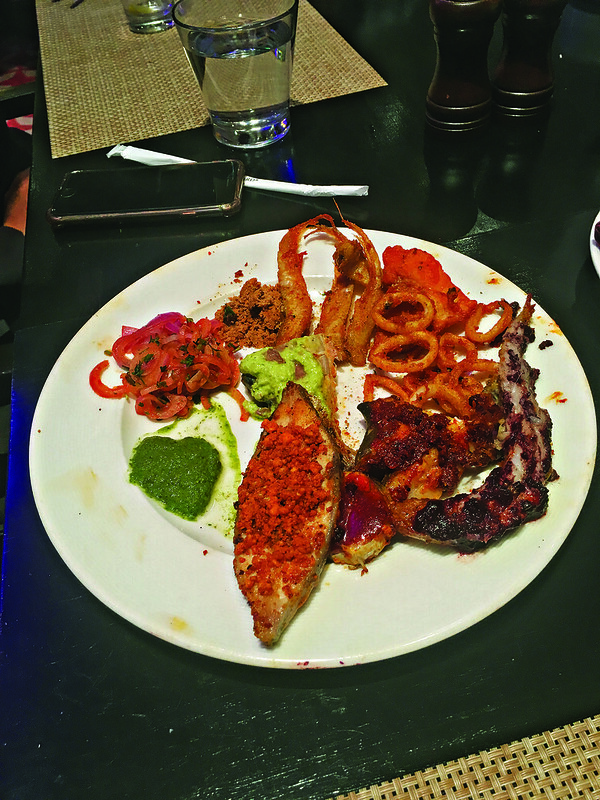 Greedily, I tried a platter of different combinations and all of them tasted heavenly. If you are unsure about experimenting, just ask for chef recommendations.

Though highly unlikely, if there is a vegetarian accompanying you, fret not, there is an amazing Chaat counter to gorge on.

The seafood display counter had prawns, mussels, clams and octopus, for the adventurous eaters, served with a variety of dressings. 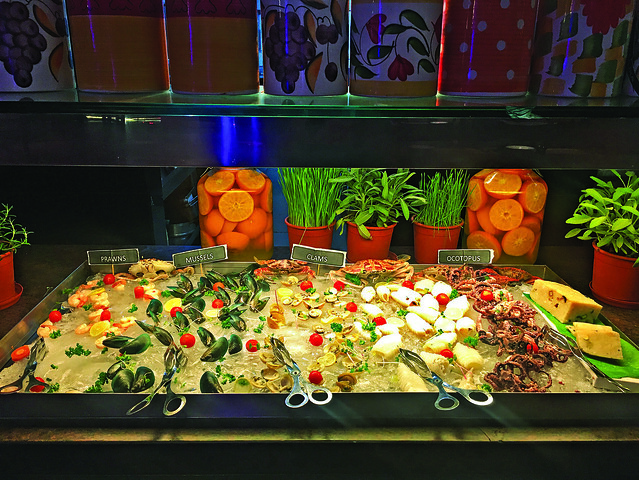 For vegetarians, there is a separate salad counter which also has a variety of options.

The main course is an elaborate spread of coastal Indian, Asian as well as Continental preparations. In Indian preparation, we tried the ever popular Malvani Fish Curry and Fish Mangalorean Masala. Both the dishes had distinctive flavours with the local masala with coconut as its base ingredient. The Indian preparation is served with your choice of roti. We chose to order a Ghavan (a typically coastal dosa-like pancake) from the live counter that goes best with fish. In the Asia culinary section, the fish in sweet and sour preparation was to die for! In Continental, the Greek Fish, marinated in special Greek herbs was a completely different flavour and delish. For vegetarians, there is an equally elaborate spread. 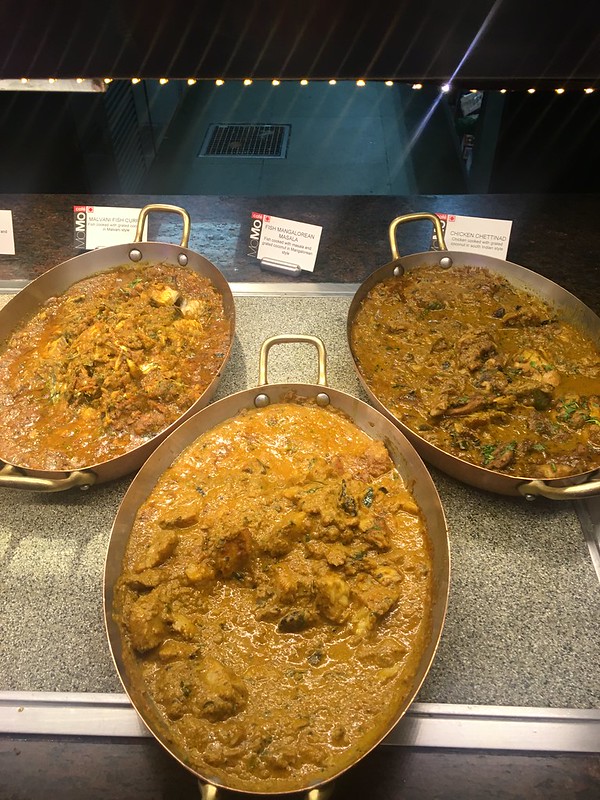 The many curries to choose from

With a heavy stomach, we moved to the tempting dessert counter. The latest crowd favourite, the Baked Rasgulla, had no difference in taste and was as delicious as the original one. Along with the Rasgulla, there was an array of Chocolate Truffle Cake, a very delectable Tiramisu, Lamington, Kiwi Pastry, Indian sweets — pedha and barfi and Blueberry Ice Cream. 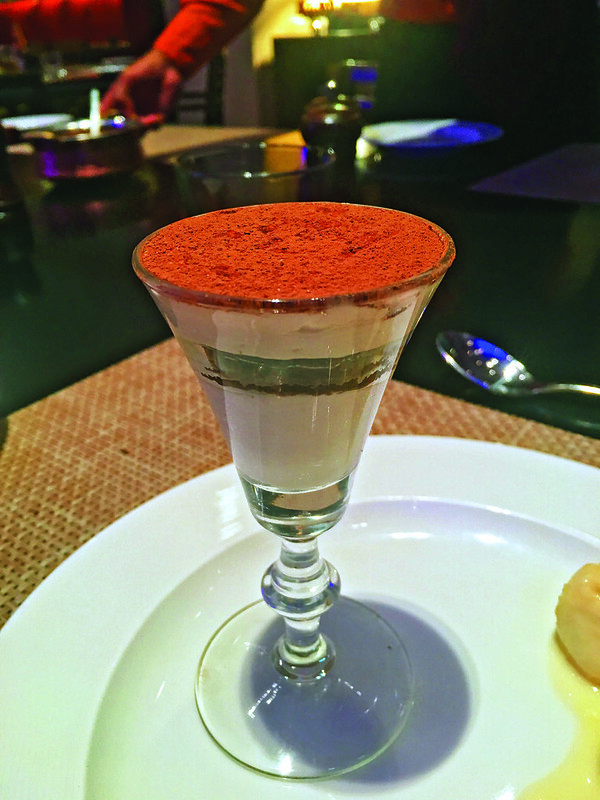 If you are a seafood lover and want to devour some absolutely fresh seafood, Courtyard By Marriott Pune, Hinjewadi, is the place to be!