The entry wall of the restaurant is covered in graffiti depicting the Maharashtrian way of life during the olden days. The decor of Deewan Khana is traditional and has an old world charm, yet is modern and classy in approach. 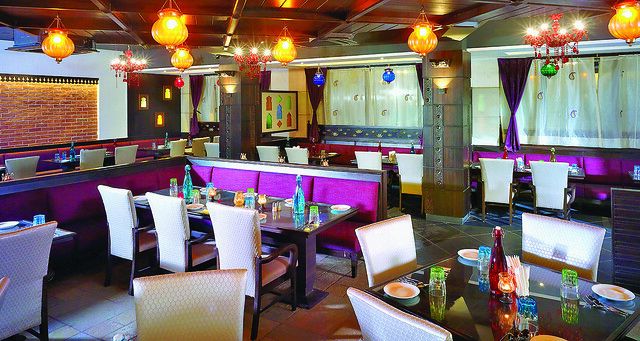 As we made ourselves comfortable, our server brought us some delicious Solkadhi which was refreshing after the heat outside. A traditional drink, Solkadhi is a blend of coconut milk and kokum topped with coriander leaves and is a popular drink in the Konkan region. We also ordered a Shahala Twist, a combination of fresh coconut water blended with lemon which gave it a unique and refreshing taste. 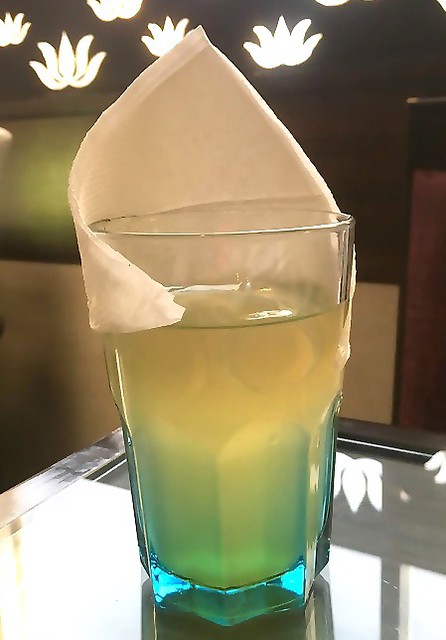 The restaurant boasts serving popular as well as some long forgotten recipes from the interiors of the state. The main objective of the restaurant is to bring forward and popularise Maharashtrian cuisine and its legacy among people. The restaurant’s journey from conceptualisation to execution has taken the owner Shivraj Kale approximately two years. He, along with his team, visited towns and villages across Maharashtra to search for old recipes that are cooked only in some households today.

Glancing through the menu, I could see why. There were some dishes I had eaten as a child and some preparations that dated back to the Peshwa era that I had not even heard of. Asking for recommendations, our server suggested us DK Special Chicken for starters. While contemplating whether to order a masala papad, my eyes caught something interesting — a Sukat Masala Papad. Fish eaters would know sukat, it is basically dried prawns and has a very strong and off-putting odour. Without thinking further, we ordered one. An ordinary masala papad was turned extraordinary due to the sukat topping on it. Not only did it taste delicious, the sukat was fried in masala and did not even emit any strong smell. Being a fish eater, the sukat topped papad was over within a few minutes of it being served. 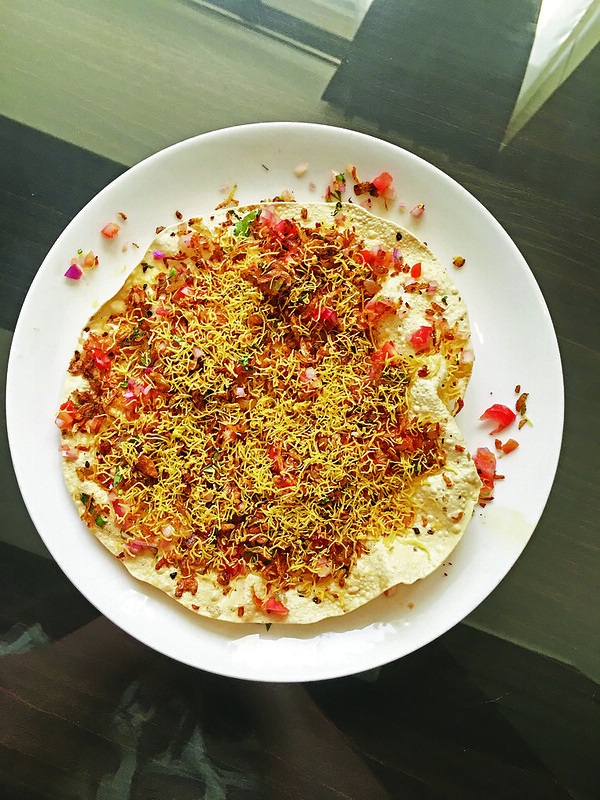 The DK Special Chicken had soft, succulent pieces of boneless meat with, as the name suggests, Deewan Khana special masala. This unique homemade masala is on the spicier side and the meat cooked on a nikhara gave it a beautiful smoky flavour. It was one of the best chicken dishes I’ve had in a long time! 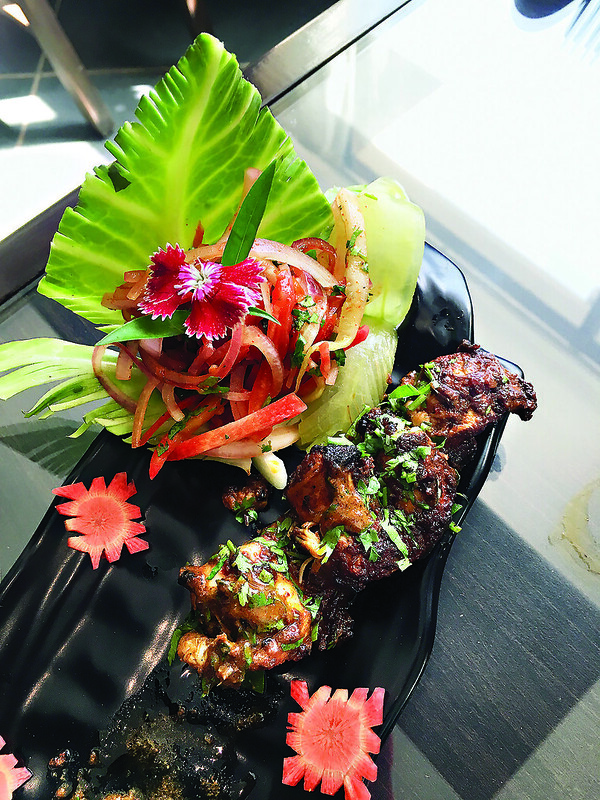 The delicious tasting chicken was well plated too!

The Sukat Masala Papad and the chicken starter was consumed in a jiffy and left us wanting for some more scrumptious food. There are options of soup and mutton and fish starters. For vegetarians, there is Kothimbir Wadi and Kurkurit Bhendi, among others.

For the main course, we opted for Vegetarian Maswadi, a dish I had eaten as a child. This traditional dish consists of a special mixture of masala, dry coconut, chillies, onion and other ingredients rolled into besan and then cooked. The spicy maswadi is then dipped in its special gravy and served with hot bhakri. 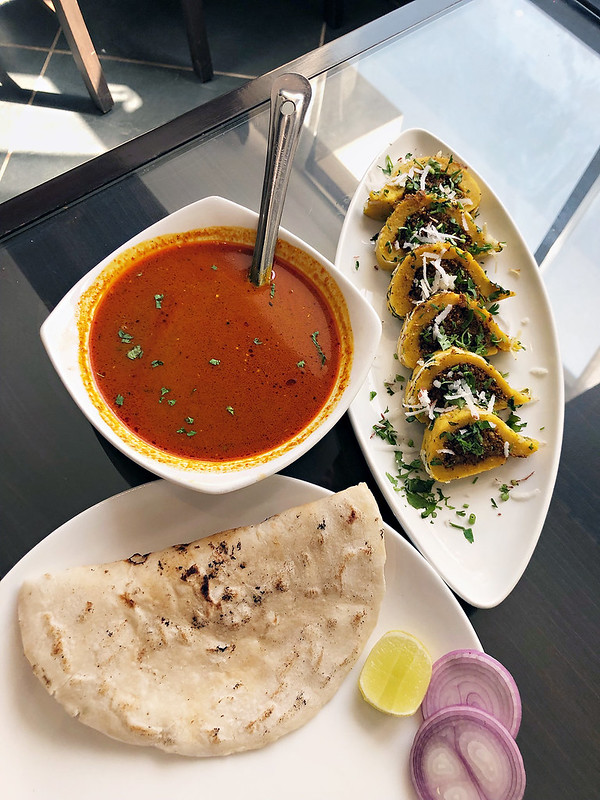 Maswadi is rarely served in restaurants and requires skill to prepare.

Non-vegetarians are sure to have a feast with the meat available in kheema, Nagpuri preparations, Dahi Chicken, Varhadi Kharda preparation, Pathare Prabhu preparation, Sangameshwar Kombi, among many others.

For vegetarians there is Pithala, Shev Bhaji, Akkha Masoor and other dishes to try from.

Post a heavy and delicious main course, we decided to try out a dessert we had earlier never heard of — Purnaloo. According to historical story, when the Peshwas attacked the Nizam of Hyderbad, the troops had carried raw food along with them. Wherever they took a halt, they used to cook with the help of locally available ingredients. In one such instance, the puran that the troops were carrying was fried in the Medu Wada batter that the locals ate. And thus was born Purnaloo — steaming hot puran fried in batter. The dish is still prepared in Telgu households during festivals but it not very popular in Maharashtra. The crispy and hot Purnaloo served with ghee was simply irresistible and makes for a perfect comfort food. 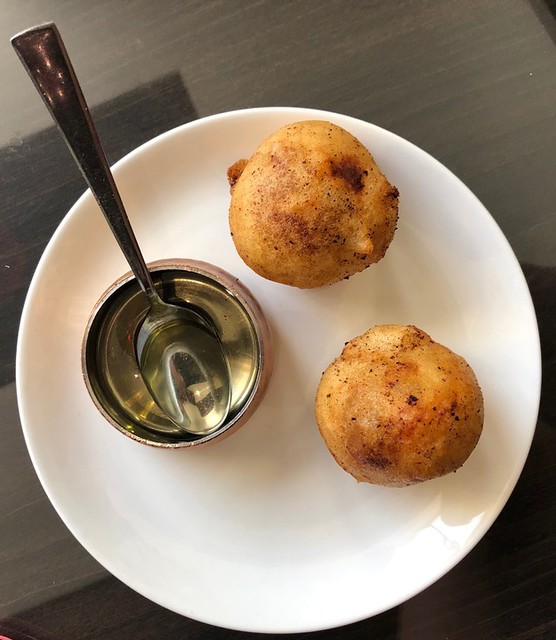 Those who like to experiment with their food can also gorge upon Chikki ice cream and Chirote ice cream, something I would like to try the next time I visit.

Never before did a menu of a Maharashtrian restaurant seem so appealing. Deewan Khana is the perfect place for people new to Maharashtrian cuisine and would like to get acquainted with it, and also those who are not aware of the rich heritage and history of the cuisine.

Deewan Khana also serves Chicken, Fish and Mutton Thali, and will soon be serving liquor to its guests.