The Mehrangarh Fort located in Jodhpur in the state of Rajasthan is one of the largest forts in India and one of the must-see places in the city.

The mammoth fort was built by Rao Jodha, the founder of Jodhpur, in the year 1459 and sits atop a hill 410 feet above the city. The landmark structure is visible from almost everywhere throughout Jodhpur. 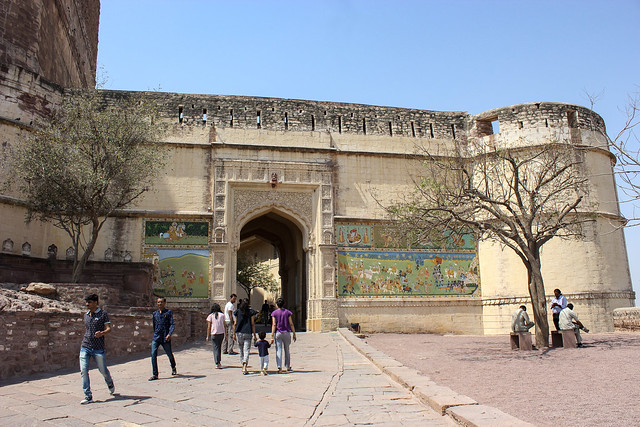 Entrance of the Fort

A trip to Jodhpur is incomplete without a trip to the Mehrangarh Fort and Museum. There is an entrance fee of Rs. 100 for Indians and Rs. 600 for foreigners. There are audio guides as well as tourist guides at the Fort and hiring a guide is recommended to learn and understand the history. The Fort is so vast that it is easy to miss a few parts and important points while touring on our own. There are separate still and video camera charges of Rs. 100 and Rs. 200 respectively.

Mehrangarh is also the first one to instal a lift inside the premises to ferry people who are unable to walk on the steep incline to the top of fort. But the service comes with separate charges. 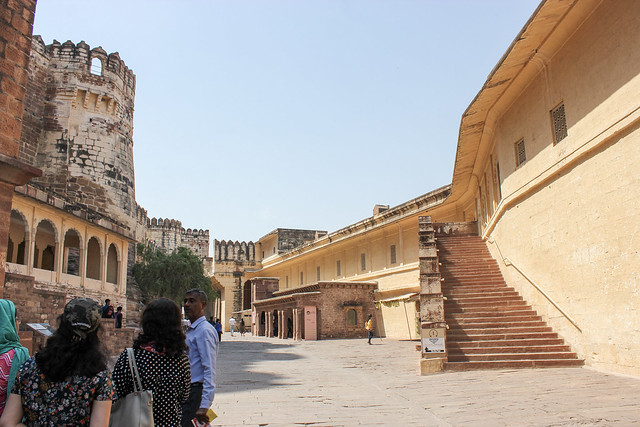 The massive outer area of the Fort 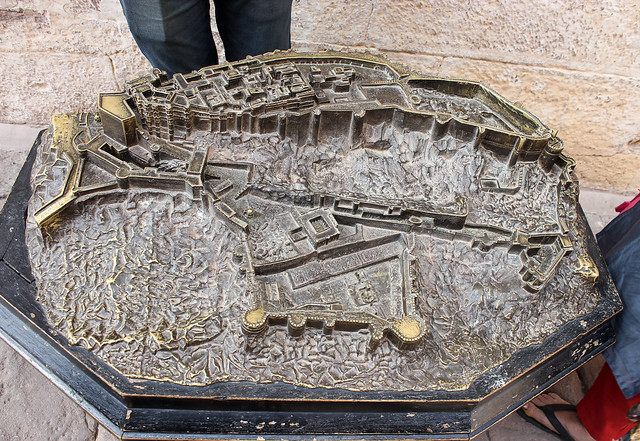 A mini replica of  Mehrangarh 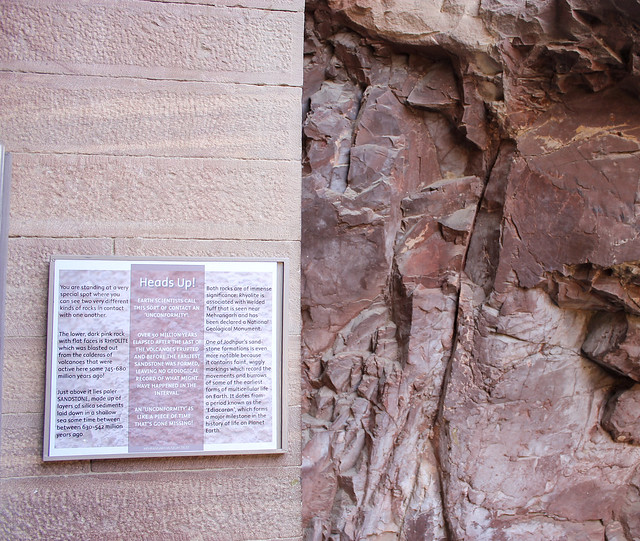 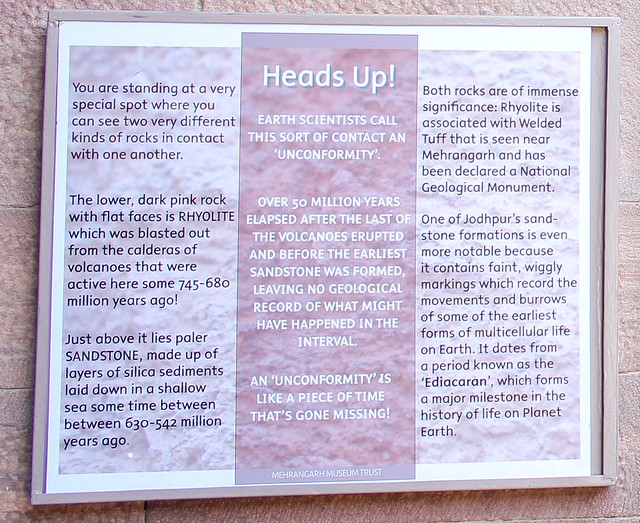 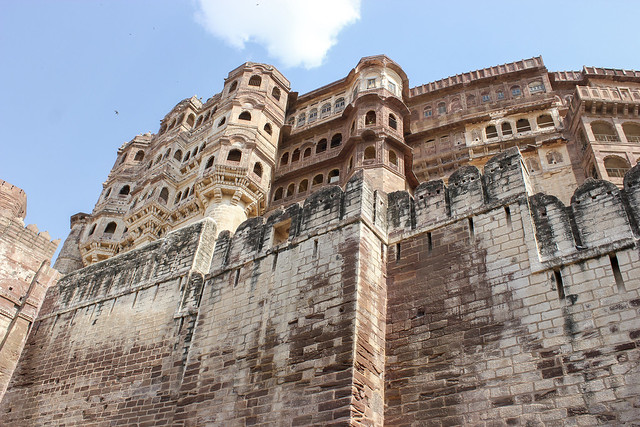 The Fort is divided into different galleries which depict the life and times of the Maharajas. The galleries house a varied collection of beautiful palanquins, paintings, armoury and everyday items which were used by the royals. 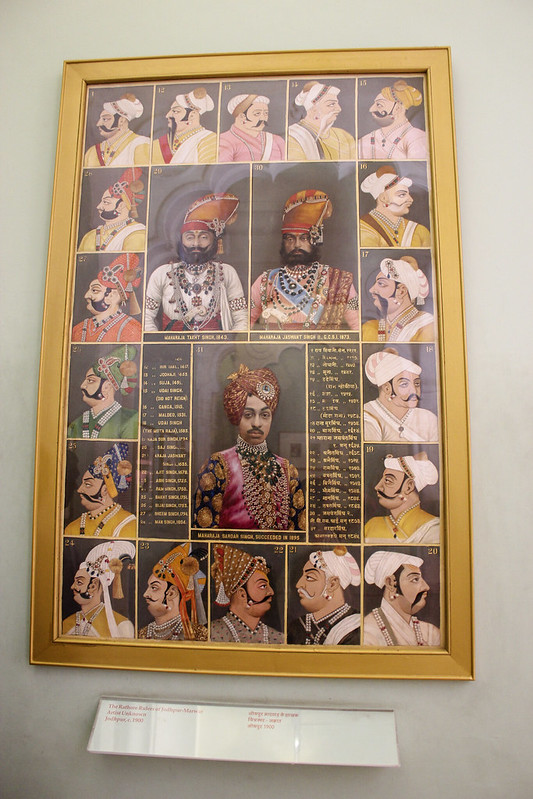 Portraits of the rulers of Jodhpur in chronological order 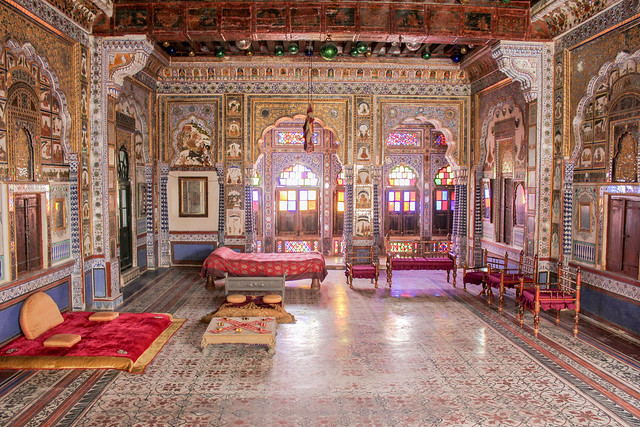 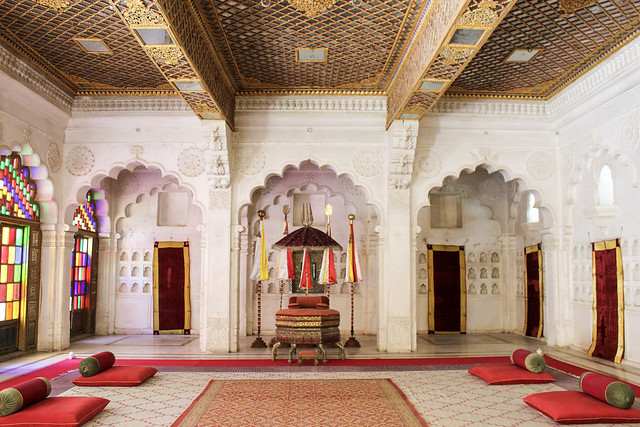 According to our guide, the little crevices in the wall were specially designed to decorate them with lamps. The ceiling of this room, full of tiny mirrors, reflects the light from the lamps like small beads, giving the illusion of over a thousand pearls illuminating the place. 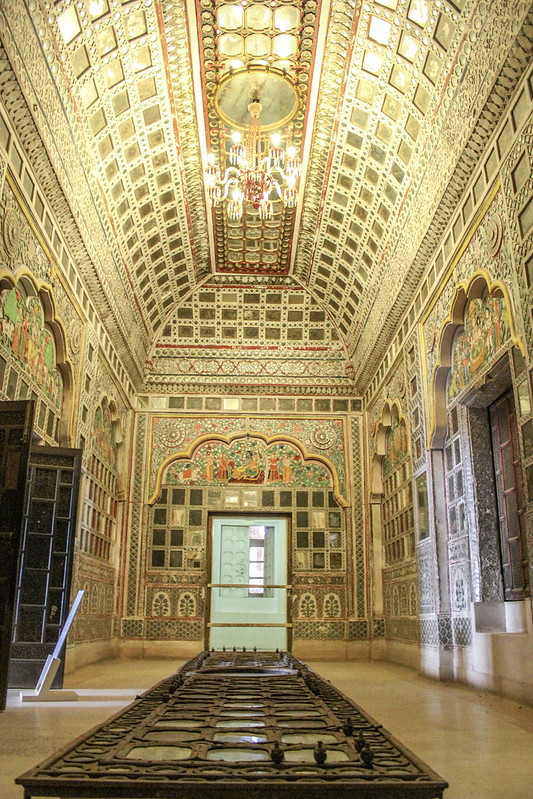 There is no dearth of opulent mirrors in the entire palace. This small room is adorned with mirrors and artistic paintings throughout from top to bottom. The original roof (lying below) was replaced later as it had collapsed. Even one candle could light up the entire room!

The Palace of Flowers was built by Maharaja Abhay Singh as a hall of private audience. This gold plated room with flowers and portraits adorning the walls and pillars will leave you in awe.

For the royal baby 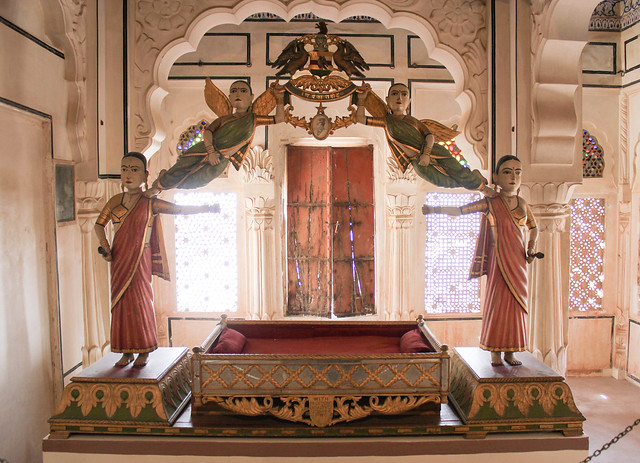 This mechanical cradle was gifted by the local civic body to the king and the queen on the birth of their prince. The outstretched hands of the two ladies sway the cot for the soothing sleep. 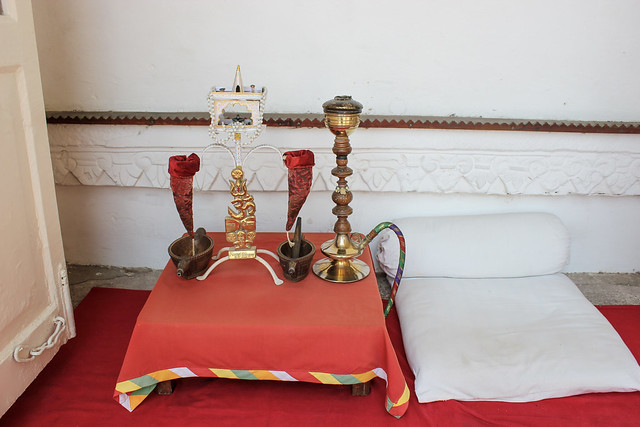 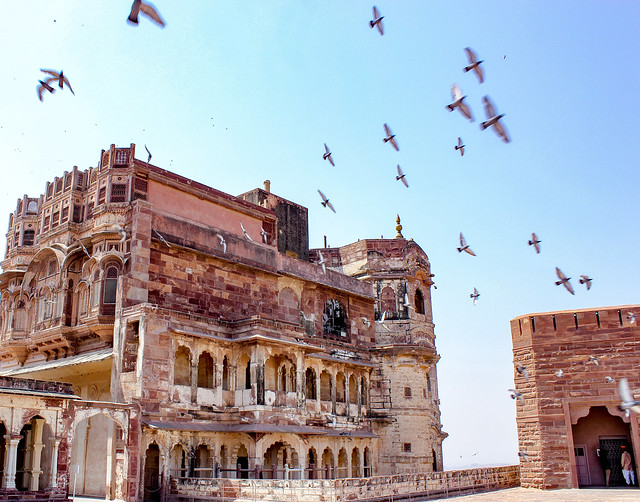 Dramatic scenes on the rooftop 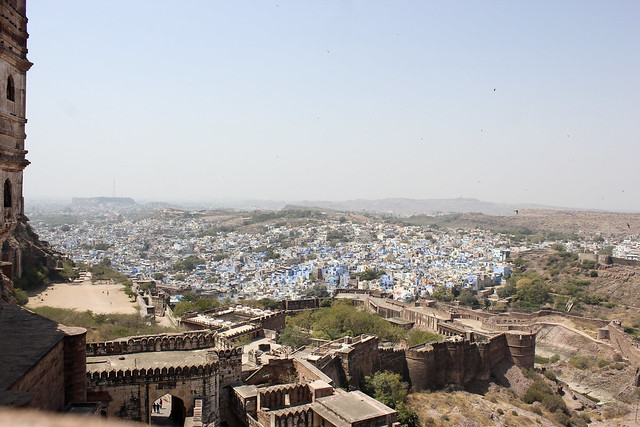 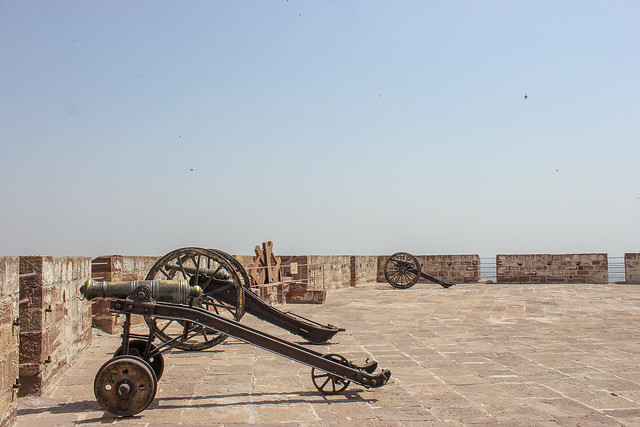 The cannons on display 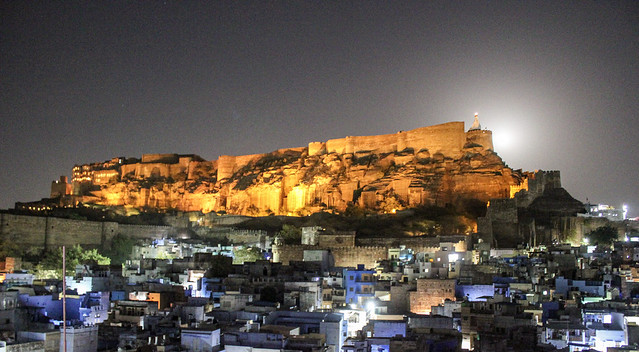 We had booked a fort view hotel which also had a rooftop restaurant. Throughout our stay we dined with the Mehrangarh stunningly lit up for company.

One thought on “Mehrangarh Fort and Palace: A Photo Essay”